It’s been a red hot minute since the last article.  Too long if you ask me.  I have some thoughts on the final few games of the college football season but that can wait for a little while.  The NFL is fully deep in the playoffs and there is still money to be made!  My usual NFL slate consists of mostly player props with a few sides/totals mixed in.  I have come up with four player props and two sides that are wagers I’m already on.  We will keep tabs the next few weeks on the bottom of the article as usual. 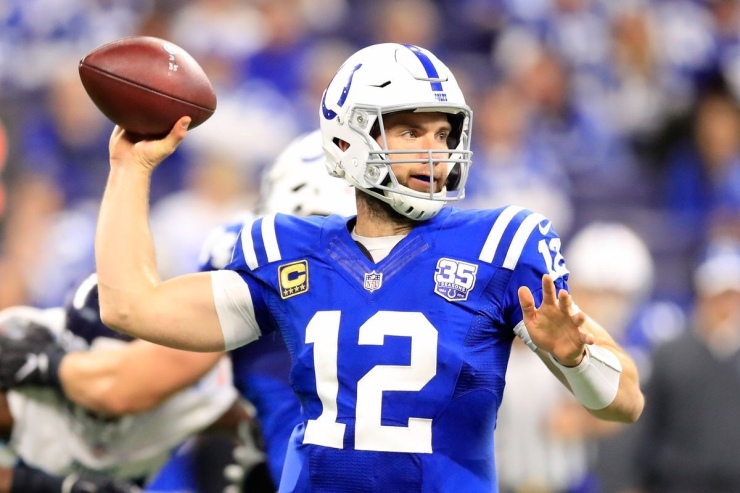 Captain Andrew Luck!!!  The Captain’s twitter account (@CaptAndrewLuck) has been blowing up lately with all his recent success.  While his success may continue I don’t expect a big passing game from the Captain this week.  This wager comes from mostly how I see the game going which will be more detailed later on.  I’m expecting this game to be slower paced than most of the recent games from Indy dating back to the middle of the season.  Added to that, Andy Reid is notorious for being an excellent coach after a bye week which they essentially get here as the #1 seed.  I believe the offense will look as stout as always but defensively they will be better as well.  Luck has only played outside a dome twice in the last nine weeks.  Not only will conditions be lousy but the crowd at Arrowhead will be raucous and loud from the opening snap.  This will limit Indy’s ability to hear play calls on offense and I’m expecting more use of Marlon Mack than we have seen in the past.  I’ll be shocked if Luck even gets to 250 pass yards in this one. 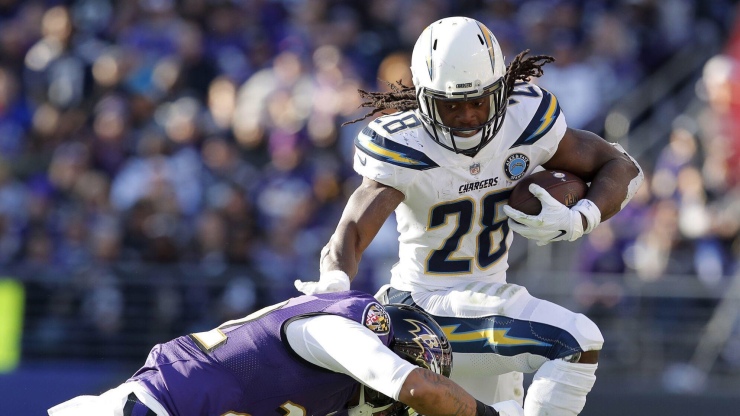 Gordon looked healthy again last week in Baltimore and was the main back for the offense.  I’m expecting the Chargers to look a lot better offensively this week against a porous defense that allows almost five yards per carry to opposing running backs.  In goal line situations, Gordon is the only one getting the ball for LAC and they are going to score in this one.  I realize that TD bets have a little more luck and variance attached to them but at only -120 this feels like a slam dunk.  See if one of your friends will give you 5/1 or higher on Gordon scoring two TDs or more!  I think he’s going to have a productive day in this one. 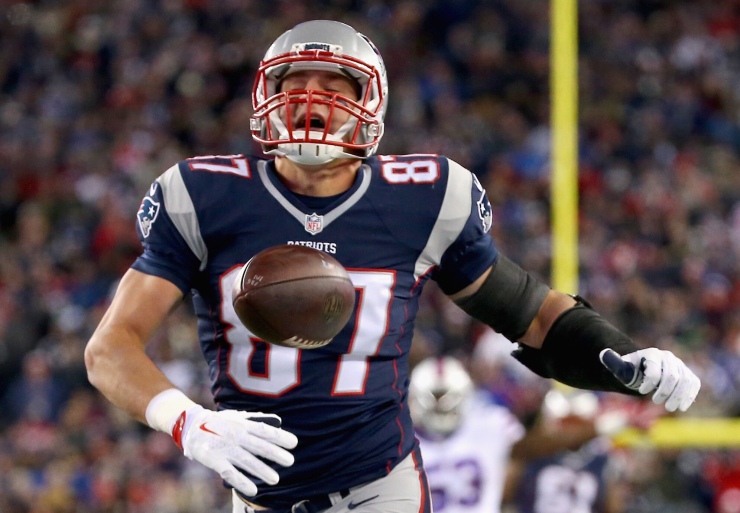 This wager stays away from the game itself and is more focused on the exact player and his skillset at the current moment.  Gronk is clearly on his last set of wheels at this point and is a likely candidate to retire at season’s end.  A shell of himself from years past where he moved with graceful efficiency yet was still able to truck a defender when needed.  He’s no longer a big play threat and I believe earns just a few catches in this game.  It doesn’t hurt that NE will run the ball a lot as well.  I project him finishing with about 35 receiving yards on three receptions. 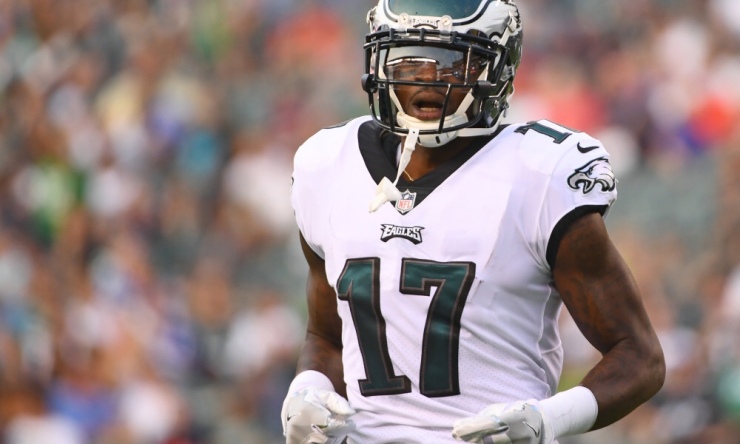 Jeffery really came to play last week in Philly’s first playoff game in Chicago.  That game was a return back to the team that drafted him and he acknowledged how motivated he was before the game.  This week presents a different challenge and I’m expecting Philly to use Agholor and Tate down the field versus an older secondary in New Orleans.  The only thing about this bet that worries me is Philly being down a lot late in the game and throwing the ball on every down.  Clearing 69 yards is still a tough task even in the most ideal conditions.  Expect Jeffery to be utilized far less than he was last week with him being capped at about 50 yards or so.

Standard #1: Indianapolis at Kansas City under 57 (Will Hill)

We finally have our first classic Tony Johnson “fade the public” spot!  Most people seem to believe this game will be a shootout and KC is impossible to stop.  I think both of those points are wrong.  The weather will be a hindrance not only to both teams scoring but also in the pace they play at.  I believe Indy will intentionally squeeze the air out of the ball early, utilizing rising star Marlon Mack out of the backfield as much as possible.  On the flip side, KC has had two weeks to prepare and we already discussed above how good Andy Reid is coming off bye weeks.  Finally, Indy’s defense has risen to the occasion in the back half of this season and they are just the prime candidate to slow down Pat Mahomes and company.  I’m expecting this game to grind a bit and while there will be some big plays, 56 points is too high a number to cover in a slow paced game.  Kansas City wins 24-17. 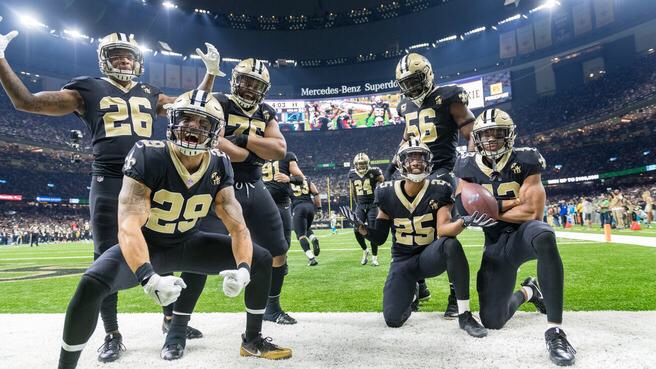 Philly is fortunate to even be in this game and the difference in talent will show on both sides of the ball.  New Orleans is virtually unstoppable on offense with the two-headed monster of Kamara and Ingram in the backfield along with sharpshooting QB Brees still going strong at age 39.  The WR corps are lead by the outstanding Michael Thomas who has slowly become one of the best WRs in the entire NFL over the last two seasons.  On defense, New Orleans is no slouch either.  They allow only 3.6 yards per carry and 80 rushing yards per game.  Their secondary is older but I can’t see Nick Foles doing too much damage overall.  Besides Big Dick Nick on offense, there are no running backs that can do any damage to New Orleans.  Veteran back Darren Sproles may actually lead this team in rushes again this week.  Not a recipe for a win.  I believe New Orleans runs away with this game late with a final score of 31-17. 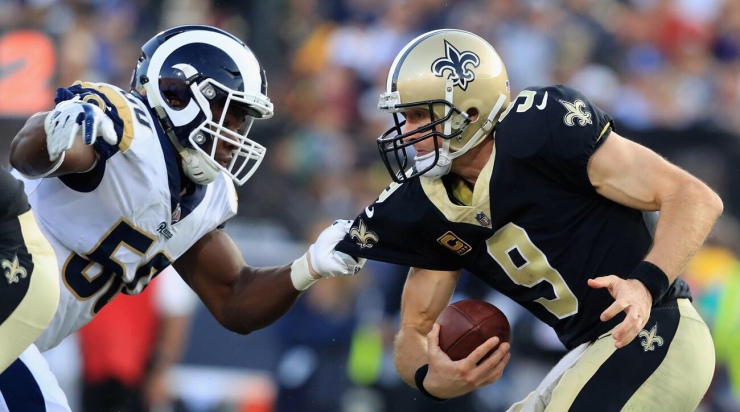 It’s very rare the parlay wager is used but it’s important to utilize all the tolls at our disposal when trying to beat the house.  I simply don’t believe that either of the NFC home teams are going to lose.  LA will come out with some fire and won’t be denied after their bad loss to Atlanta last year at home.  New Orleans was discussed earlier and they are simply too good to drop this one.  The parlay pays out about -160.

Good luck to everyone this week!